↓ Skip to Main Content
Home › B2B › Why I Auto-Acknowledge Followers, Faves, and Retweets

Why I Auto-Acknowledge Followers, Faves, and Retweets

I’ve been stressing this concept since our first book, Be A Person, came out in 2010. So why do I use social media automation to acknowledge people who follow me, favorite my posts, and retweet them? 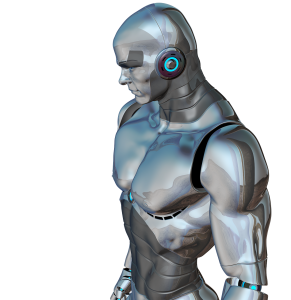 It all started as an experiment that was partially driven by the amount of time it was taking me to manually acknowledge the people who engaged with me on Twitter. By March 2014, I was spending between a half an hour and an hour per day responding manually to follows, faves, and retweets. I’m not bragging, but the volume of new followers alone was getting hard to handle.

To deal with dozens of these bits of engagement, I had pretty much standardized my replies:

As my Twitter account got more popular (relatively; I’m still a small fish in that sea with fewer than 8,000 followers), and the demands on my time to create these responses grew proportionally, I took stock. Most of the people that I sent these messages to didn’t acknowledge them in any way. So engagement was low. Even when someone replied or favorited a post, it rarely turned into a conversation. Yet I felt I did need to acknowledge their contact in some way.

I had joined the automation site IFTTT (If This Then That) long ago but had rarely used it. I had a handful of recipes—combinations of a trigger (if this happens) and an action (then do that)—that enabled me to direct-message members of a group I belong to that retweets Twitter posts for one another. But that was about it.

I decided to try an experiment. I set up IFTTT recipes to automate the messaging I mentioned above. I frankly thought this type of automation was pretty cheesy, and I expected people to object or at best, continue to respond about as well as they had to my manual messages.

I couldn’t have been more wrong.

Engagement with my followers skyrocketed. I got lots of “Thanks” and “You’re welcome” replies, but also way more retweets than I had been getting. Plus, more people were starting conversations with me on Twitter than ever before. Nowadays my major problem is sifting through the email notifications of the faves and retweets to see if there’s something further to reply to. I’ve gotten a lot more followers, and a larger percentage of them retweet multiple posts for me.

Sure, there are some who complain about the automation (I always reply with an abbreviated account of my justification) and one person stopped following me, explicitly stating that my automation was the reason. But in the main, this potentially cheesy experiment has been a smashing success.

Often I will get 60 or more followers a day, and just over the past few days, one of my tweets spread rapidly, garnering dozens retweets and faves. Like I said, this is small potatoes compared with some of the Twitter giants, but it’s a huge improvement since I started the automation.

One of the reasons I wrote this post is so I could point folks who ask me questions about my automation (both positive and negative) to it. So if you’re one of those folks, please understand: I do care about engaging you in conversation. And my cheesy experiment has been a success in helping us connect.