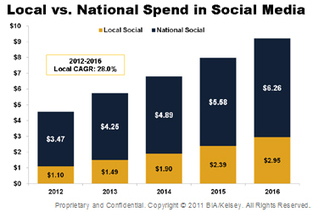 Interesting stats, but the paragraph that stood out for me was:

“Google makes $9.2 billion before breakfast but social media has had a harder time collecting ad dollars so these numbers are very encouraging. It would seem to indicate that we still believe in the power of social media in spite of all the evidence that shows it doesn’t work.”

We’ve got lots of evidence that social media works in our Be a Person series of books (http://bit.ly/BeAPerson) and our recently-released The Infinite Pipeline: How to Master Social Media for Business-to-Business Sales Success book (http://bit.ly/InfPipe)