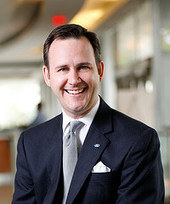 What is it going to take to realize there’s a better way to do things?

It strikes me as odd that we’ve taken the old style of mass marketing, which itself has been competing for attention and eyeballs for years, and simply moved it over to digital marketing – and then, to make matters worse, have transferred that to social media. If we weren’t satisfied with the results we were seeing in the primary model, what makes us think that repeating it elsewhere would solve our problems?

Scott Monty, in charge of social media at Ford, is a social media icon, and in this post he almost gets all the way there, IMHO. Yes, mass media techniques work to an extent on social media. But, no, that approach is not as fruitful as creating two-way conversations and two-way relationships.

We talk about that in our series that begins with Social Media is Not Advertising. Duh! http://bit.ly/URVIVQ