Six Simple And Irresistible Alternatives To The Elevator Pitch 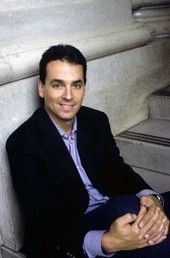 Don’t just think of your pitch as a traditional 30-second sales promo you would use in an elevator ride. Think creatively and consider using a pitch alternative as defined by Daniel Pink to help you stand out in the competition.

The Pixar pitch. This technique is a way to organize your pitch in story form. According to Emma Coats, a former artist at Pixar Animation Studios, every Pixar film has the same narrative DNA:

The twitter pitch. This is my personal favorite. I’ve been recommending this strategy since 2008 based on my observation that every Steve Jobs pitch for an Apple product easily fit within 140 characters (iPod: “1,000 songs in your pocket.” MacBook Air: “The world’s thinnest notebook.”) According to Pink, the Twitter pitch isn’t a replacement for a presentation, but rather an invitation to engage, to take the conversation further. “What’s your Twitter pitch for your new book?” I asked Pink. “We’re all in sales now, but sales isn’t what it used to be.”

I love the idea of a really short pitch. As someone once said, if you can’t describe it to an 8 year old in a few words, you don’t understand it.